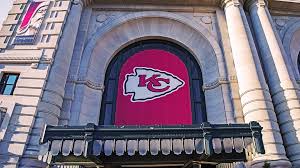 What Does the Super Bowl Teach Us About Life Insurance?

Somewhere over the last 54 years, you became aware of what has now become the largest sports spectacle known to the world. Some of you may have witnessed it all, including the dynasties featuring the Packers in the 60's, the Steelers in the 70's, the 49ers in the 80's, the Cowboys in the 90's and the Patriots ever since. For some of us that came online later, what we know is what we know plus what NFL Films tells us.

For Chiefs fans hoping to be the team of the 20's, their quest received a dose of nitrous after their latest Super Bowl LIV win arrived 50 years after their first win in Super Bowl IV. That's a lot of living during the years between then and now and a lot of changes in the way we communicate, work, source our entertainment, dine, exercise, etc., etc., etc..

Think about how football has changed in 50 years. Revolutions in padding, coaching, playing surfaces, stadiums, production value, political involvement, all of it synchronizes with the changing culture.

Put yourself in a mental De Lorean, set the date to 02/04/2070 and fire up the imaginary plutonium on what life will look like.

Maybe Super Bowl CIV will feature the Tokyo Samurais versus the Dublin Shamrocks.

Will men in pads and helmets give way to robots by this point where owners vie for the right to upload Pat Mahomes' digital card full of game knowledge instead of signing a living, breathing human being?

Will emphasis on STEM education lead to a generation of fans being able to participate in the games where they are allowed to attempt hacking the systems of the opposing team for home field advantage?

Who knows? This uncertainty is part of the joy of living and finding out.

However, you probably see the year 2070 and think, "Wait, unless there are otherworldly and significant advances in healthcare, I'm more than likely not going to be around."

This certainty is part of the reality of living.

Not only does the Super Bowl remind us of how change is inevitable, it also shines a light on our mortality. As the young men we watched play a game in their prime are now the latest inductees into the Hall of Fame, as we bid goodbye to those who passed away suddenly or ahead of our expectations, as we see current legends flirting with the possibility of retirement, we know time waits for no man or woman.

Just as defensive coaches design strategies that slow down offenses and offensive coaches devise plays to outwit, outflank and outplay a defense, we should have a plan in place which makes sure our interests are covered after our departure from this blue and green orb.

Do you have a plan in place? If so, does it hold up over the test of time? Will what you though enough actually be enough as you've added more children, grandchildren and the gifts you'd like to leave behind, e.g., college education?

If so . . .  well done. If not or if you have any question, it is a great idea to speak with your trusted insurance advisor to help determine if your plan is super or if it will come up short at the goal line.

Who you line up with matters. At Insurance For Texans, we know the X's and O's of insurance and can help you determine if you are on the right track with protecting your loved one, your business, your favorite charitable organizations and whatever else is important to you. We have strategies involving term and permanent life insurance in addition to other insurance solutions such as home, auto, commercial and health. We give you access to a lot of carriers and options. As an independent insurance agency, we can stay nimble like that.

Let's have a conversation when you're ready or just click the button above to get a quote. Don't wait too long to find out if you are adequately protected.

For those who watched 54 Super Bowls go by in what seems like a flash, Super Bowl CIV will be here sooner than we think.