Open Enrollment for 2020 Exchange Health Insurance plans begins next week, and has opened the flood gates of Texans looking for new Texas Health Insurance plans. As we engage those Texans looking for health insurance for their families, one of the most frequent complaints is that the health insurance is broken. After hearing this same complaint, we decided to investigate why Texans would make this statement. 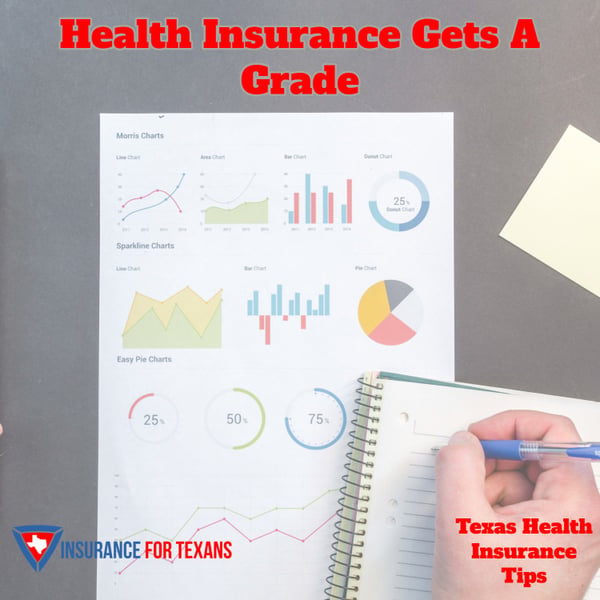 Health Insurance Gets A Grade

When you speak with people who are actively using their health insurance, you will get a wide range of experiences. Those with health insurance through their large employer tend to think that things aren't terrible. They may not like their deductible amount or how much they pay monthly, but they generally have coverage that they can get by with. In the individual health insurance market place, your opinion will fall into one of three categories. Those with pre-existing conditions are typically thankful for provisions in the Affordable Care Act (ACA). Those that are young and healthy think that policies are way too expensive. And the rest are confused by what is even available. So from that stand point, we will say that health insurance today gets a solid C. Very average at best since it doesn't work for the entire population. But there are definitely people who have benefited from the changes that have come through the last decade.

Why Do People Think It's Broken?

Many Texans are frustrated by their Health Insurance. This is typically because they either don't feel like they have options or that they don't understand what they have. When the ACA Exchange marketplace for heath insurance came into being back in 2014 we saw a streamlining of the benefits offered through policies. Those benefits became standardized to a large degree as a result of the legislation that created the marketplace. When that occurred, many traditional health insurance agents left the marketplace since their ability to make a living selling the policies disappeared in that process. Knowledgeable advisers are important in something as important and complicated as health insurance. So that loss has had downstream effects.

In conjunction with this evaporation of knowledge the premiums began to skyrocket along with deductibles and co-insurance costs. People didn't understand what they had, and knew that it cost a lot of money to have. That's a great way to create disgruntled Texans who think your system is broken. And for many of us, it definitely feels that way. 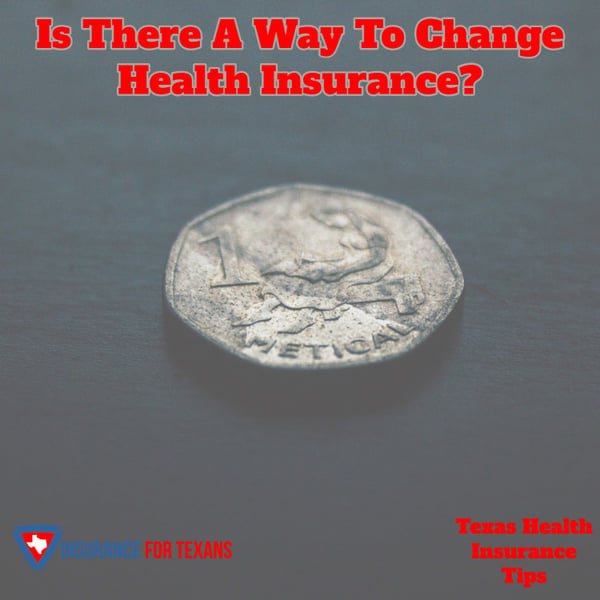 Is There A Way To Change This?

If you are in the portion of the population that is shopping for individual health insurance and don't have knock out pre-existing conditions, you are actually in a great spot. Over the last two years there have been many changes to the Texas Health Insurance marketplace that can allow for great care from doctors, great protection from financial catastrophe, and finally affordable. How is that you say?

First things first. There are many doctors starting to push back against the system. They are creating direct relationships with patients. Typically speaking, this mechanism is much more cost effective for both you the patient, and them the doctor. By eliminating all of the middle men involved in the insurance claim process, you have eliminated a lot of costs. This is reflected in a drastically lower price when you pay your doctor directly.

Once you account for your much of your primary care in this fashion, you can then craft an insurance plan that allow for you to cover the big expenditures that can derail your finances simply because they are massive in both cost and impact on your life. These types of insurance cover big items like cancer, stroke, heart attack, accidents, etc through what is known as catastrophic health insurance. These plans are very cost effective since they don't get involved in the day to day and only in the major.

If this doesn't sound appealing to you to pay for your visits to your doctor, you're likely saying what about me? While the cost savings won't be as drastic, there are ways to cover you in other plans. These plans have creative things like deductible erasers if you're hospitalized or even zero co-insurance. These kind of plans can make expenditures more predictable at the very least. 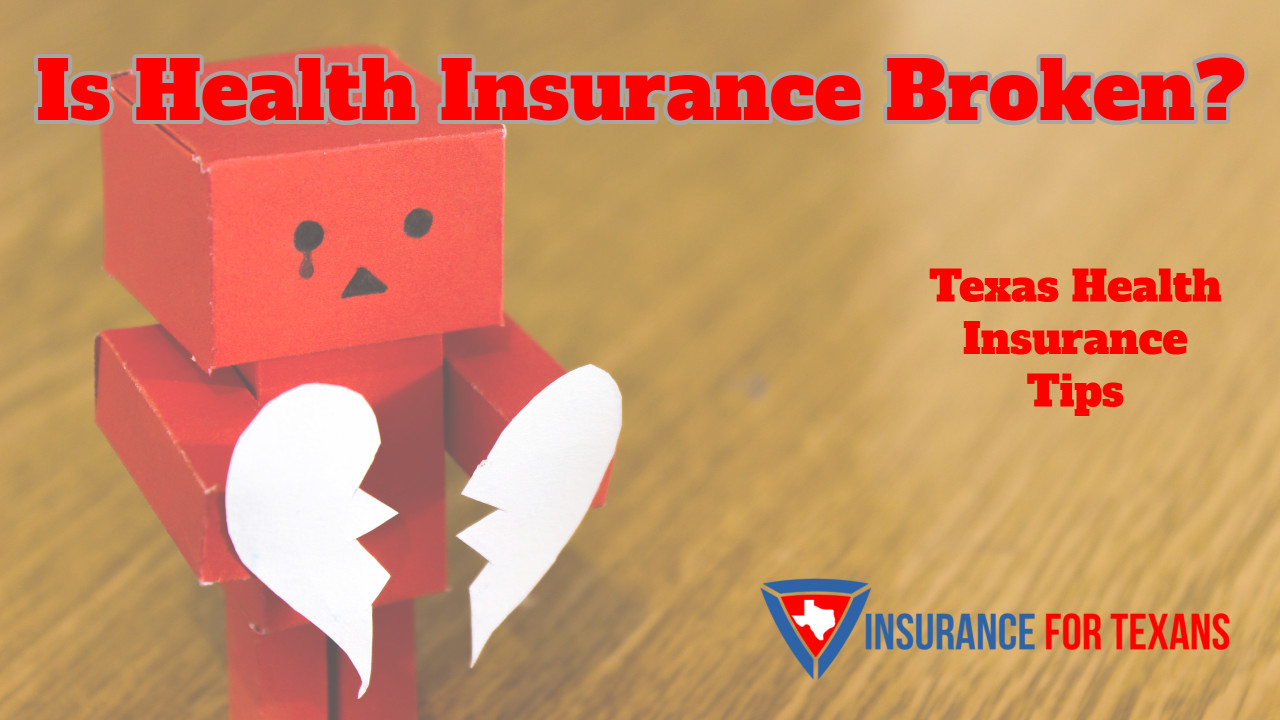 So Is It Broken?

We come back to our original statement. Health Insurance isn't completely broken, but it definitely doesn't serve all. If you are confused and looking for answers, Insurance For Texans has alternatives to the things that have frustrated you. Spend some time with one of our agents to determine what your options are right now today and how you can get to where you want to be. 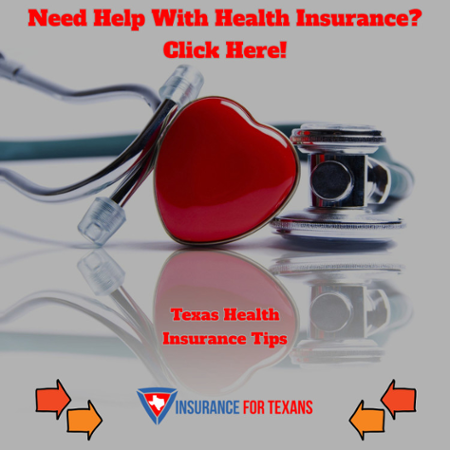