If No Claim, Should I Get Money Back On My Grapevine Home Insurance?

If you've lived in Texas for awhile and not had to file any insurance claim, congratulations! Hail here in the northeastern part of the state, particularly the D/FW Metroplex, is legendary and claims are commonplace.

A question we receive from homeowners is, "Why can't I get a refund or big discount on my home insurance since I haven't had a claim in years?"

Well, it doesn't quite work in that fashion. At the same time, discounts often apply.

By definition, insurance pools an amount of money sourced from a large population to cover claims made by a percentage of that population. You wouldn't receive a refund unless there are NO claims from the entire population that was sourced.

That's likely NOT GOING TO HAPPEN. Again, Texas hail storms are commonplace and that's not talking about other perils that plague homeowners, like water and fire damage.

It's easy to say why should I pay for something and see no return, but think about what it would be like to need to file a claim if you find yourself in the scenario of suffering damage to your home.

Though term life insurance is known to offer an endorsement on policies titled Return of Premium and offering a refund of all premiums paid once the term has ended, it comes with a cost to receive that on the backend.

This type of situation isn't offered with Grapevine Home Insurance. 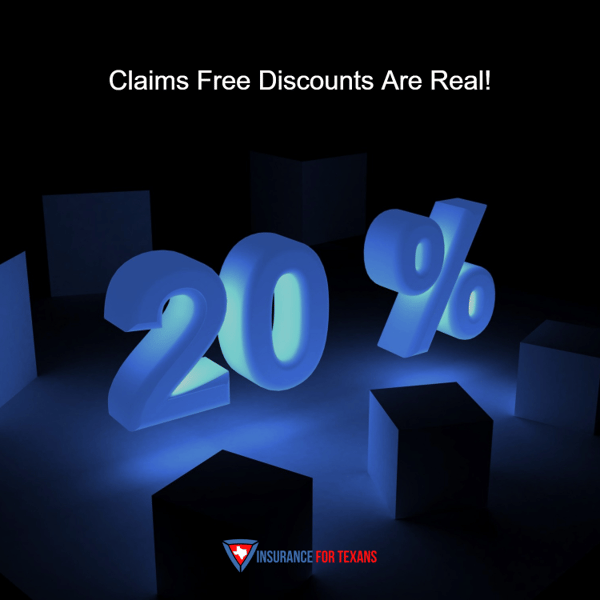 What's This Talk About Discounts?

On the good news front, Grapevine homeowners who don't have a CLUE report full of claims will have discounts available to them.

Though there is no standard across the board from the insurance carriers, it's not uncommon for a customer to receive an offer of discount if they remain claim-free. It's a nice thank you from the carrier for you being low risk.

Even better, large storms causing wide-spread damage and labeled catastrophic will not inhibit your discount.

Insurance carriers know you had no control of those situations and will not penalize you because you live in an area touched by catastrophe.

If there is any question about your homeowners insurance, let's talk about it. As a local, independent insurance agency, we know Texas and we know Grapevine.

We are professional, courteous, and we sure are invested in bringing you great insurance options because . . . we can.