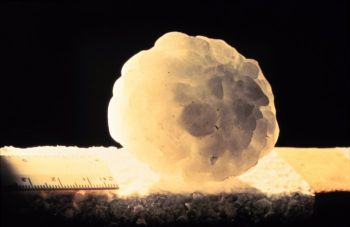 Will My Home Insurance Policy Replace My 15-Year Old Roof in Grapevine?

Like death and taxes, some things in life are inevitable.

Hailstorms blow through North Texas each spring and sometimes, just to keep it fun, they happen during other seasons as well.

Maybe your roof was replace in the last five years. If not, we're certain one or more of your neighbors has had their roofs replaced. We know a lot of roofers and they've been very busy.

At the same time, with many home insurance carriers taking decisive measures to curb costs, premiums have skyrocketed for many insurance policy holders.

One of the drastic measures carriers have taken is to automatically modify the settlement method on your roofing claim to Actual Cash Value instead of Replacement Cost if your roof is 15 to 20 years old.

Ron shares how to not deal with this sitting down. For a roofing claim in Texas, actual cash value usually doesn't work in favor of the homeowner. Instead of having a new roof installed minus the deductible, you would be issued a check for the value of the roof less the depreciation in addition to the deductible. That's a lot of reduction from the check value!

So, if you your roof claim were estimated to cost less than 15K to replace if in need of total replacement, you would receive a check for less than half of that cost in relation to the age of the roof.

On top of this, your premiums could be affected. There's a lot of actual losing in an actual cash value scenario in this. You are going to want you to have replacement cost in the scenario above.

Working with an independent insurance agency like Insurance For Texans will give you access to a marketplace of home insurance policies for your Grapevine home.

We're not working for a behemoth company but we can find behemoth matching of coverage and your needs.

Let's find the right coverage for you today!