Why Is Home Insurance So Expensive In Texas?

As we helped a family obtain insurance for a home that they are purchasing in the Fort Worth area today, they asked a simple question of us. Why is home insurance so expensive in Texas? They had moved to Texas from another state, and as it happens to many, had sticker shock when it came time to pay for that first year of Texas homeowners insurance. We've heard this question so many times we thought it might make sense to answer it here! After helping thousands of Texas families obtain home insurance through the years, we have been able to put together a plan to help keep costs down while including the most vital coverage that Texas Homeowners need on their home insurance policy when it comes time to file an insurance claim. We do this through TRUE Texas Home Insurance! 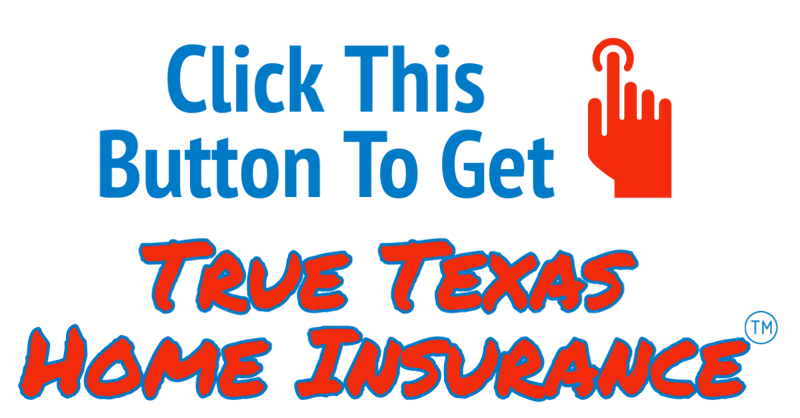 So Why Is Home Insurance So Expensive In Texas? 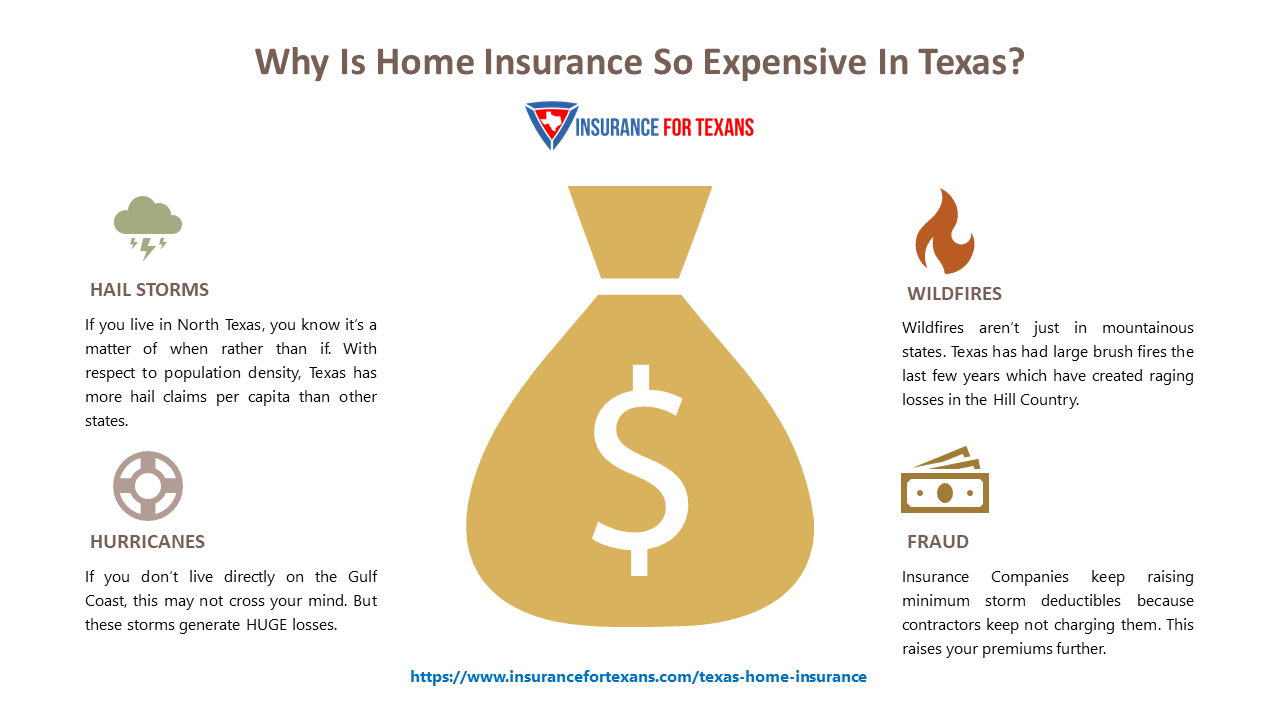 If you live in North Texas, you have survived a hail storm or three. It's really a way of life. The National Weather Service plotted the number of large hail events over a 50 year time period. The darkest blue area in the map shows the largest concentration of storms that produced hail larger than two inches in diameter. You will notice that a large portion appears in Texas. More importantly, the bottom right circle of that dark blue blob extends over the area that has become the norther end of Dallas-Ft Worth, Frisco, McKinney, Denton, Prosper, etc. The population and home density there is much greater than other other areas of dark blue blob. That means large property losses due to hail in North Texas. 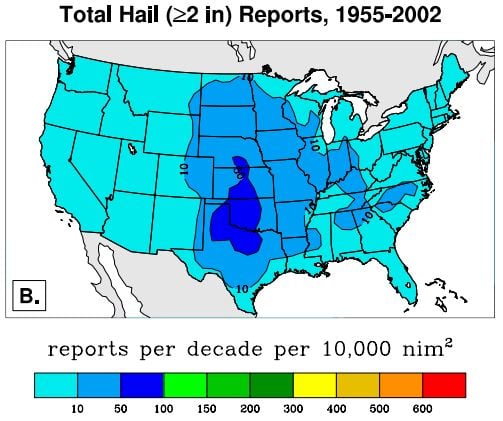 This storm situation, along with the medium shade of blue grabbing most of the rest of the state, has created a situation that requires large premiums to account for the large losses. Hail claims are the number one claim against home insurance in the state of Texas. It causes our premiums to be significantly larger than other states.

Depending upon where you live, one thing that you may not think of is the effect of hurricanes on claims in Texas. We live in a big diverse state that has the Gulf Coast, the mountains of Big Bend, the High Plains of the Panhandle, and all points in between. The Gulf Coast of Texas has 367 miles and includes all of the adjacent land inland from the beach. Harvey is still fresh in our minds and affected homes from Corpus to Port Arthur. The losses were catastrophic. While you may live in Abilene and not find it fair to be assessed premium increases due to these claims, it will have an affect on your premiums. Insurance is the spreading of risk across a large pool of people, and Texas is a big deep pool that we all share in. As a result, that premium will increase for us all, just like your hail or water claim. 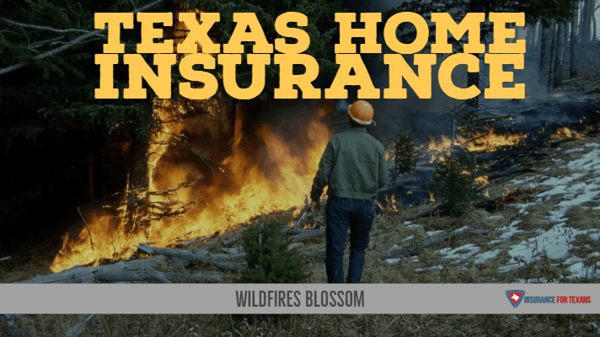 Our diverse Texas geography creates all sorts of conundrums for home insurance. We have one home insurance policy that has to cover the entire states. So in one week, we may have a hurricane in the Gulf, snow in the Panhandle, hail in North Texas, and wildfires in the Hill Country. We have touched on hail and hurricanes in points one and two. Snow doesn't have a huge effect on Texas home insurance unless blizzards start collapsing roofs, so that leaves wildfires for us to discuss.

With a large portion of the Texas population living in metro areas, you may not realize that there are large land areas where brush fire can impact homes. In 2011 Bastrop county had a major forest fire that destroyed many homes. Possum Kingdom has had similar activity in recent years. The activity is enough that there is even a live tracker map to keep an eye on activity around the state. These fires produce large loss amounts and don't just happen in California or in the big mountain states. They contribute to your rising premiums.

Fraud is rampant and is something that Texans love to decry. We don't like cheaters in these parts. However, what a lot of people don't realize is that they are likely part of the fraud epidemic that has seen premiums skyrocket and deductibles rise. With the frequency of hail claims being high, many roofers have identified ways to inflate claim amounts on roof to prevent them from needing to collect the deductible from you when work is completed. This is fraud plain and simple.

When you sign the insurance application, you agree to a contract that requires you to pay a portion of the claim amount. This is called a deductible. For a roofer to make money, and not charge you the thousands of dollars in deductible they have to find that money somewhere. They in turn inflate the claim amount to keep their margins while not collecting thousands from you. It's simple math really. If 100,000 people make a claim and don't pay a $2,500 deductible, the Texas home insurance companies are simply going to pass that increase on to you in the form of higher premiums. #JustSayNo

The other thing to keep in mind with respect to fraud is that the Texas Legislature has passed a law making it unlawful for the roofer to not collect your deductible. So if a roofer offers to not collect this money, they are offering to include you in potentially being convicted of a Class C misdemeanor. While that might not sound like a big deal now, it can become a Texas sized problem if you are called upon to defend this situation.

How Can I Keep Costs Down?

There are several ways that Texans can help keep costs down, and Insurance For Texans is helping families with this every day. Our short list of five ways to keep the costs down can help mitigate the factors above.

Working with a local independent insurance agent will give you a leg up on finding ways to keep the costs down. They can shop the marketplace for you and help guide you on things like raising deductibles or whether or not you should claim.

If you would like a review of your coverage, price, and discounts today, feel free to hit the blue button below to get that process started! 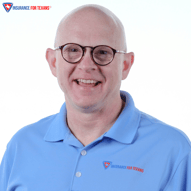